LB is Connor Sparrowhawk. LB was a fit and healthy young man, who loved buses, London, Eddie Stobart and speaking his mind. He lived in Oxford and was in the sixth form of a local special school. LB was diagnosed with autism, learning disabilities and epilepsy.

What does LB stand for?

What happened to LB

LB’s mood changed as he approached adulthood and on 19 March 2013 he was admitted to hospital, the STATT (Short Term Assessment and Treatment Team) inpatient unit run by Southern Health NHS Foundation Trust).

LB drowned in the bath on 4 July 2013. An entirely preventable death.

What is an Assessment and Treatment Unit (ATU)?

Unsurprisingly, Assessment and Treatment Units (ATU) are specialist inpatient units designed to assess and treat learning disabled people who may be experiencing anxieties or challenges. ATUs can be run by NHS Foundation Trusts or by private providers.

The STATT unit was very well staffed. There was a team of four staff on duty 24/7 (with 5 patients) and psychiatrists, psychologists, OTs, support workers and an essential lifestyle planner. Other ATUs can be much larger. Winterbourne View, run by a private provider, had 48 patients.

Who was responsible for the care LB received?

Oxfordshire County Council (OCC) and Oxfordshire Clinical Commissioning Group (OCCG) have a joint responsibility to provide, or commission (buy) services to support learning disabled people in Oxfordshire. OCC are the lead organisation on this. They purchase ‘care’ provided by Southern Health NHS Trust. John Jackson is the Director of Adult Social Care at OCC and Cllr Ian Hudspeth is Leader of the Council.

What happened immediately after Connor died?

The Trust circulated a briefing – Background Briefing on Mother’s Blog – the day after Connor died. His mother had been writing a blog – Mydaftlife – about family life with LB. The briefing was to help shape “a tailored media response to the incident and monitoring of potential media interest around the incidence”. They were also quick to dismiss LB’s death as death by natural causes. This was recorded in their July 2013 Board Minutes and was also suggested to the Coroner at the first Pre-Inquest Review Meeting which took place in November 2014.

How could drowning be considered to be a death by natural causes?

It can’t. Not really. The Coroner dismissed the suggestion immediately.

What is the Duty of Candour?

So Southern Health and OCC have fully embraced candour?

When is LB's inquest?

The inquest into LB’s death begins on Monday 5 October 2015. It will take place at Oxford Coroner’s Court before Mr Darren Salter, Senior Coroner for Oxfordshire and a jury. You can read more about the inquest and what it is likely to cover in this press release.

I'm a journalist, do you have a photo I can use?

Sure. Take your pick of the ones below but please credit them to JusticeforLB and let us know if you use them: 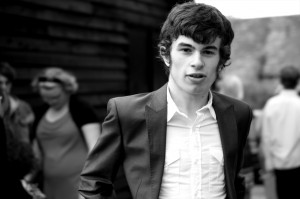 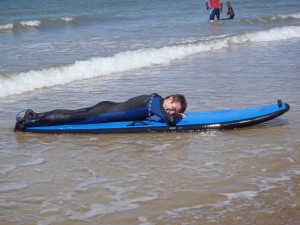 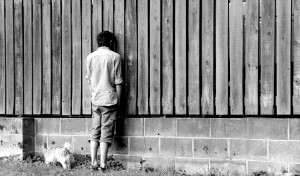 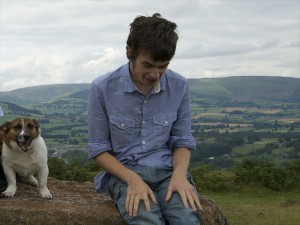 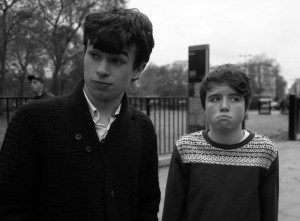 What made Connor laugh?

Connor laughed at cheesy jokes, old British comedy like Porridge, the Mighty Boosh, the Inbetweeners, Flight of the Conchords and films like Napoleon Dynamite and the Blues Brothers.

He’d start laughing and then tip into a space of silent mirth almost, shaking and doubled over.  This was infectious and like a tonic. There was a lot of laughing.

What did Connor care about?

Chunky Stan the dog, his family, social justice, the police and the environment (in a particular, litter picking and recycling, way).

What's with Eddie Stobart? How did that all begin?

Connor loved buses and lorries from when he was tiny. Eddie Stobart captured his imagination when he was in primary school and he loved nothing more than sitting in the back of the car on a motorway grazing passing Stobart lorries. He was a longstanding member of the Eddie Stobart Fan Club and there’s a comment online in response to the death of the dad of the Stobart family.

What would Connor have made of all this? Is this what he would have wanted?

I wrote this in my blog recently; ”Sitting in the kitchen with the three officers as they talked us through the investigation. And wondered what LB would think. He had an unwavering lifetime love of the police and the law. Of justice and human rights. He would love the attention to detail and careful process being described. It would be something he would return to endlessly. The source of a billion questions.”

We’ve often reflected how, since Connor’s death, so many of the things that were important to him have happened. Things we would never have dreamed would happen. The naming of Rodgers coaches school buses and an Earthline Scania truck after him, Norman Lamb talking about him at the Lib Dem conference, the remarkable legal team that are fighting his corner, the committed and dedicated police investigation, the myriad actions during #107days… He’s achieving things he always wanted (or expected) to achieve.

How are you all doing?

Mmm. Good question. Not sure really. I can probably only speak for myself [Sara]. Not brilliant really. The death of a child is an unimaginable happening. That it could have been so simply and easily avoided, in a space in which no one would  have thought he was at risk of harm, is almost impossible to make sense of. The actions of Oxfordshire County Council and Southern Health NHS Foundation Trust since his death have been relentlessly battering.

Good question. They shouldn’t but we know that learning disabled women die on average 20 years earlier, and men 13 years earlier than non-disabled people in the UK (See the Confidential Inquiry into Premature Deaths of People with Learning Disabilities (CIPOLD)). This is, too often, because of poor health and social care services rather than learning disabled people having life limiting illnesses.