Southern Health NHS Foundation Trust has accepted full responsibility for the death of Connor Sparrowhawk and has admitted that it was negligent and violated both Connor’s and his family’s human rights. The Trust will be publishing a statement confirming that it accepts:

The Trust’s statement will be published on the front page of its website for four weeks and an easy read version will be made available.

“This full admission finally shows what Connor’s family have known for years – that Connor and they were repeatedly failed by Southern Health. It comes after a three year struggle by Connor’s family and the #JusticeforLB campaign. They have fearlessly fought for truth and accountability in relation to Connor’s death and at last, the full extent of the Trust’s failings in Connor’s care have been accepted. It is shameful that this was not done sooner. Over an extended period, Connor’s family have had to learn of the harrowing circumstances of his time at the STATT unit and of his death. In the face of that horror, they have remained dignified and dedicated to ensuring that no other individual receives the treatment that Connor and they have. I am therefore glad that the Trust has also publicly acknowledged that Sara Ryan has conducted herself and the #JusticeforLB campaign in a dignified, fair and reasonable way. Nothing less could have been said of her.”

Deborah Coles, Director of INQUEST, who have supported Connor’s family since his death, said:

“The truth only came about as a result of the family’s fight for it. This took place against a background of Trust secrecy, denial and resistance to effective scrutiny. Southern Health argued against the Article 2 inquest with a jury. It was this process, at which the family were legally represented, that enabled the systemic failings and neglect to be exposed. What about those who have no one to fight for them? The ongoing failure to set up a process whereby deaths of learning disabled and mental health patients are independently investigated sends a message out that these lives do not matter.”

Connor’s family is represented by INQUEST Lawyers Group members Charlotte Haworth Hird of Bindmans Solicitors and barristers Caoilfhionn Gallagher of Doughty Street Chambers and Paul Bowen QC of Brick Court Chambers. INQUEST has been working with the family of Connor Sparrowhawk since July 2013. 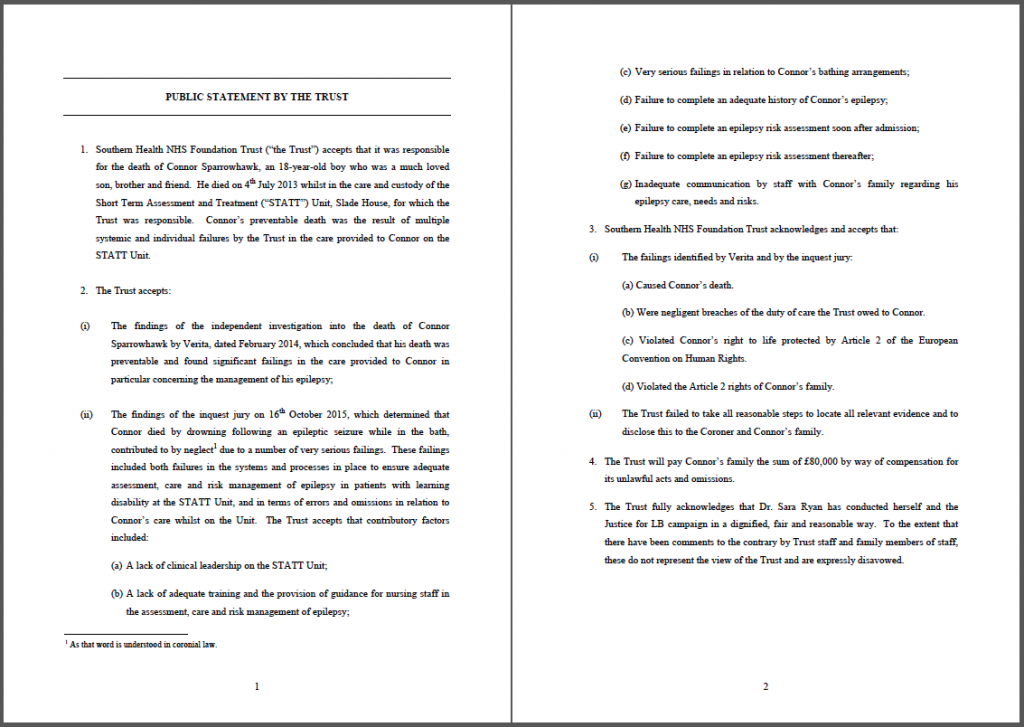 You can read Sara’s blog about yesterday’s mediation here. 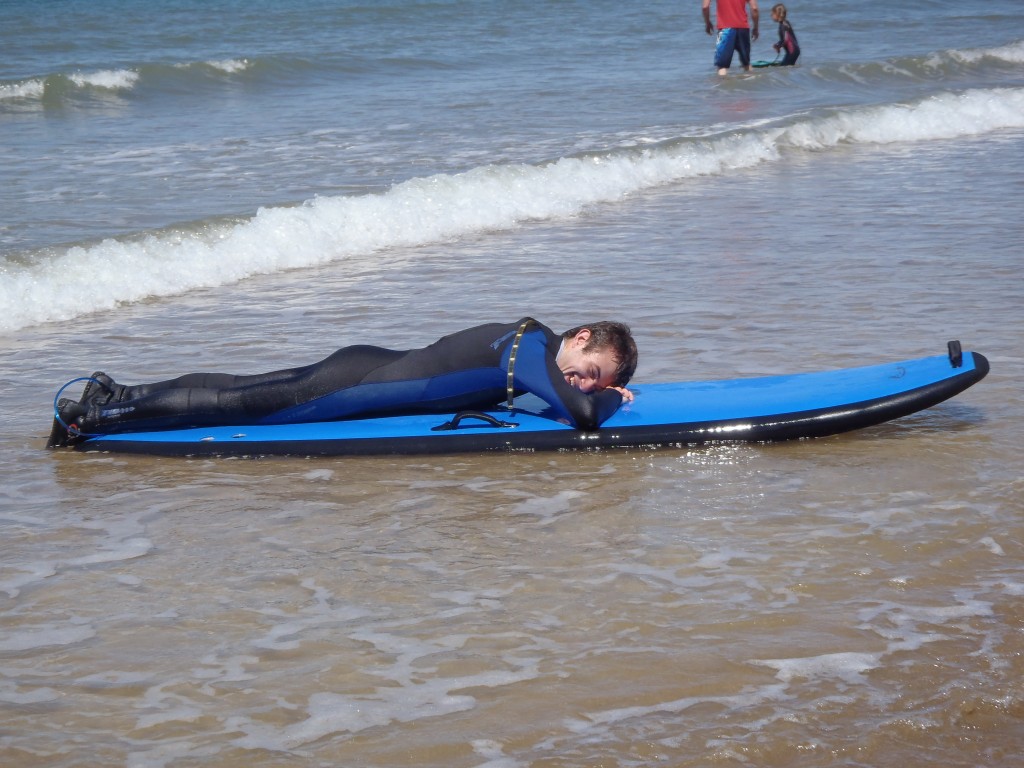